Congratulations, Shentel is available in your location!

Welcome to Shentel! Here’s how to get started:

There is either an issue finding this specific address, or there may already be service at this location. If you are moving to this address in the near future, or would like us to contact you about this address, please click CONTINUE below to complete a form to provide us with more information

You may also call 1-800-SHENTEL to speak to a representative.

Congratulations! Shentel services are coming to your area!

Faster Internet speeds are coming to this address as part collaboration with the Commonwealth of Virginia's Telecommunication Initiative and may still be in construction.

To speak to someone regarding available services:

Visit  shentel.com/VATI to learn more about the VATI program, an approximate construction schedule, and planned services. 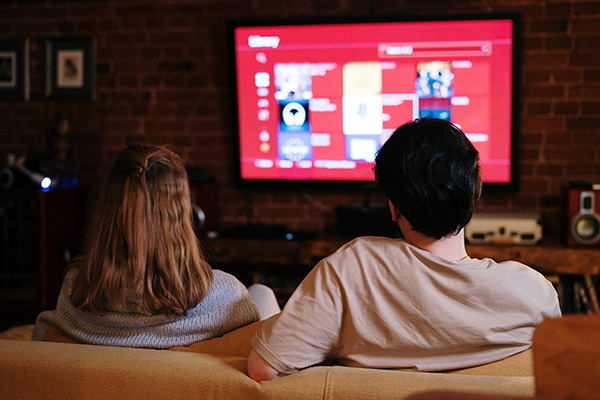 Your game’s about to start, and you need to see it now — live — so you can experience every moment like you are watching from the stands. How do you find live sports on your TV or livestream from your desktop or mobile device? Time is of the essence.

These days, you have plenty of options to follow your favorite sports live — so many, in fact, that it can be hard to figure out which service gives you the best viewing experience for the event you’re looking for.

To help you cut through the clutter, we’ve compiled this guide detailing our sports TV networks and how to watch live sports on TV with your Shentel network.

You’ll find that the Shentel Advanced lineup offers sports channels and regional sports networks, including ESPN, ESPN2, ESPN News, and ACCN by ESPN. It also offers NBC GOLF, NBC Sports, MOTORTREND, and the NFL Network. Additionally, Shentel Ultimate offers all the above plus Stadium and the ESPN SEC Network.

Every football fan is familiar with this one. The NFL Network is a television network that is dedicated to showcasing the National Football League. It provides coverage of NFL games, as well as original programming such as analysis, interviews, and documentaries. [JG1] Get live TV games on Sundays as well as Monday and Thursday Night Football.

The sports fan favorite, ESPN is where you can find your favorite teams. ESPN is a global cable and satellite television channel that is owned by ESPN Inc., a joint venture between The Walt Disney Company and Hearst Communications. ESPN is known for its comprehensive coverage of sports, including live events, news, analysis, and commentary. ESPN covers college sports, including Saturday and championship football games, and basketball NBA finals.

The ACC Network is a subscription-based sports television network that is owned and operated by ESPN Inc. It is focused on the Atlantic Coast Conference, a collegiate athletic conference that is made up of 15 member universities located primarily in the southeastern United States. The ACC Network provides live and taped coverage of a wide variety of ACC sports, including football, basketball, baseball, soccer, and more.

Fox Sports is a group of sports television networks that is owned by Fox Corporation. It is made up of several regional and national sports channels, including Fox Sports 1, Fox Sports 2, and Fox Sports Networks. Fox Sports covers a wide range of sports, including football, baseball, basketball, golf, and more. It also provides news, analysis, and commentary on these sports.

Where to Watch the Live Championship or Playoff Game?

Is your team in a championship or playoff game? Congratulations! Don’t miss a minute of the action by finding them among the networks below.

One of the ACC Championship games is an annual college football game that is played by the winners of the Atlantic Coast Conference's two divisions, the Atlantic Division and the Coastal Division. The game determines the conference champion and determines which team will represent the ACC in the College Football Playoff. The ACC Championship Game has been played annually since 2005, and it has featured some of the top college football teams in the country, including Clemson, Florida State, and Virginia Tech. The game is typically played in early December and is broadcast on national television. You can also find the ACC college football championship game and Final Four basketball coverage on ACCN.

One of the most highly anticipated and competitive college football games of the year is the SEC Championship Game. It's an annual college football game that is played by the winners of the Southeastern Conference's two divisions: the East Division and the West Division. The game determines the conference champion as well as which team will represent the SEC in the College Football Playoff. The SEC Championship Game has been played annually since 1992, and it has featured some of the top college football teams in the country, including Alabama, Florida, and Georgia. The game is also typically played in early December, broadcast on national television, and can be found on   on ESPN SEC Network in addition to other SEC Championship games.

The Big 12 Conference is a collegiate athletic conference that is made up of 10 member universities located in the central and southwestern United States. The conference sponsors competitions in 20 different sports, including football, basketball, and baseball. In football, the winners of the conference's two divisions, the Big 12 North and the Big 12 South, play each other to determine the conference champion and which team will represent the Big 12 in the College Football Playoff. The Big 12 Championship Game has been played annually since 1996 and has featured some of the top college football teams in the country, including Oklahoma, Texas, and West Virginia. This game is also typically played in early December and broadcast on national television, but you can watch Big 12 college championship games on ESPN or ESPN2.

NFL Playoffs and the Super Bowl

The NFL playoffs are a postseason tournament held after the conclusion of the regular season in which the top teams in the league compete for the championship. The playoffs consist of four rounds of single-elimination games, starting with the wild card round and culminating in the Super Bowl. The Super Bowl is the annual championship game of the NFL and is played between the winners of the AFC and NFC conferences. It is typically held on the first Sunday in February and is the biggest event in American sports, with millions of viewers tuning in from around the world. The Super Bowl is known for its high-scoring offenses, exciting plays, and halftime shows featuring top musical acts. Find pregame coverage on the NFL Network and the 2023 Super Bowl can be found on Fox networks

The NBA Finals is the championship series of the National Basketball Association (NBA), played annually between the winners of the Eastern Conference and the Western Conference. The NBA Finals is a best-of-seven series, meaning the first team to win four games is crowned the champion. It is the culmination of the NBA season and is one of the most highly anticipated events in sports. The winner of the NBA Finals is awarded the Larry O'Brien Championship Trophy. Some of the most memorable moments in NBA history have occurred in the NBA Finals, including iconic performances by Michael Jordan, LeBron James, and many other legendary players. The NBA Finals is a must-watch event for any fan of basketball and the 2023 season games can be watched on ABC or ESPN.

Let Shentel make it easy to watch the sports you want.

No matter your favorite sport or team, Shentel will be happy to help you find the sports coverage you are looking for. With more than 100 years of experience providing our customers with the services they need, you can be sure we know how to help find the sports programming you love. Let’s get started, and let the games begin!